I watch a lot of movies at home nowadays; I'm neither proud nor ashamed of this fact.  Time and budgetary constraints, to say nothing of the near-vanishing of the immersive commercial moviegoing experience, have disinclined me from going to the cinema as much as when I lived in New York.  Another part of what disappoints so often is how predictable, how tiny and tidy so much cinema has become.  (And in this instance I use cinema in its most expansive and inclusive sense.)  So many commercial genre films merely run through their motions, and if a steaming pile of horseshit like The Avengers has a half-dozen supposedly clever lines and a pop "auteur" at the helm, it gets lauded.  Even simple pleasures fall prey; the Step Up series (with which I have a love-hate relationship) shot out this year its worst, most bloodless, most hackneyed entry ... all in the guise of social and political protest!  Whatta sham, whatta shame.  I'm not even sure what made genre hits like The Raid: Redemption stand out to critics amidst the flourishing mini-appreciation of e.g. Isaac Florentine and DTV action cinema some of the bolder cinephiles have spearheaded.  (If you like action cinema, the oeuvre of Michael Jai White is ripe for examination.)  I was thankful to see The Grey - a commercial movie surely not without problems and limitations, but also a movie that appeared to actually investigate a few things, present a few ideas about the world, life, death, space, time, vision, conversation, regret, debts, labor.  Sometimes, under-the-radar Oscarbait pleases and surprises in a similar way: Hyde Park on Hudson (Roger Michell) quickly reveals itself as a kind of Presidential Sister Wives of Downton Abbey, delving into human problems of secrecy and propriety, showing it knows what its demographic (really) wants quite shrewdly.  Let no person tell you prestige movies are less "exploitative" than low genre crap.

When you see enough of anything, you either settle into comfortable patterns (and accept it, consciously or not), you get bored and move on (not because the film "in itself," whatever that may mean, is boring, but because you know its architecture too well already), or you continue to relate at an anxious and apprehensive arm's length.  Sadly this last is how I feel about so much new cinema.  I named my blog Elusive Lucidity because I was in search of something, and willing to look for it in many places.  This quality, or rather this shared non-quality, is what I want to see replicated, addressed, expanded upon in cinema.  The obvious question is why do I even bother - why don't I simply see what I want, and not give a damn about "the critical community" or "the zeitgeist."  Well, to some extent I do precisely this, but the fretful remainder exists because I'm an academic in the field of film & media studies, and even if something like The Dark Knight Rises or Zero Dark Thirty has no personal appeal to me, I'm often expected to have seen it by my friends, family,  peers, and most importantly my students - to whom I owe a responsibility so that I may best act as a guide and interlocutor from within the spectacle.

I figured I could include a list of favorites, though.  There are so many films I've still left to see if I want even the barest pretense of currency, including Dan Sallitt's The Unspeakable Act (a scandalous omission!), Robinson in Ruins (Keiller), A Burning Hot Summer (Garrel), the recent Hong Sang-soo efforts, Damsels in Distress (Stillman), Almayer's Folly (Akerman), Magic Mike (Soderbergh), Cosmopolis (Cronenberg), The Turin Horse (Tarr), Amour (Haneke), Tabu (Gomes), Barbara (Petzold), Once Upon a Time in Anatolia (Ceylan), and Holy Motors (Carax).  So take the below list with as many grains of salt as you'd like; I just figured I'd not wait too long to put up my customary "year's end" column, and this time I thought returning to a current top ten would be a pleasant way to hearken back to when I actually did keep such lists on a regular basis. 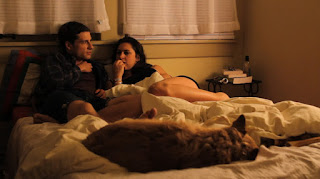 Favorites of the year, in alphabetical order.

There were various other releases I thought were good honorable mentions or just surprisingly decent next to very low expectations: The Hunger Games (Gary Ross, a clear example of the latter category); Mark Tween (Craig Keller, 2012); God Bless America (I'll watch anything directed by Bobcat Goldthwait, since Sleeping Dogs Lie is a really brilliant film, though this one is a bit much); The Queen of Versailles (Lauren Greenfield; reality TV content creeps into sociological diagnosis); Time and Eric's Billion Dollar Movie (Tim Heidecker and Eric Wareheim - though I've barely seen any of the Tim & Eric TV show); Django Unchained (Quentin Tarantino; pleasurable but uneven and by no means should be assumed as "redemptive" ... my thoughts on Inglourious Basterds apply in large part to this one too); The Three Stooges (some fine gags in a lesser Farrelly brothers effort); also Haywire (Steven Soderbergh) had its elements of interest, and I'd be curious to see it again in a year or two; finally there was On Spec (David Phelps).

TV-wise, let me say too little by saying I'm also happy to defend the great pleasures of Here Comes Honey Boo Boo (TLC), a show which explodes the stereotype of red state rednecks, and by extension troubles the categorical perceptions disseminated by the very mass media from which it springs.  Honey Boo Boo is a whipping boy du jour for an upper-middlebrow aesthetic as an example of ostensibly disastrous cultural decline, but in truth I think it is still better for my country than every program of "liberals" spouting off on MSNBC.  (Let us say nothing of Fox News.)  People who endlessly praise e.g. The Wire, a show I like very much, without pausing even once to consider its repertoire of highly conventionalized stock characters & situations, would do well to meditate just for one second about the implicit politics of race, class, and sexuality pulsing in the material on Here Comes Honey Boo Boo.  For better, for worse, Alana is our Shirley Temple.

I don't say this last bit to provoke indignant reactions (I'm no Armond White) so much as to start an itch in the minds of people who maybe hadn't quite thought of things this way.

In the spirit of surprise, edification, reconsideration ... 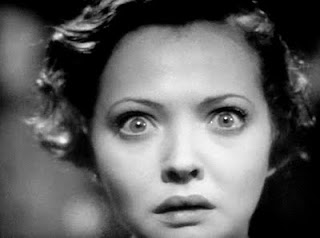 ... here are some older viewings of 2012 that weren't solely among the year's personal highlights, but which also shook me out of my shell, surprised me, puzzled me, even offered an aesthetic which connected to more than "mere" aesthetics: Fury (Fritz Lang - how had it taken me this long to get to this?), Pulse (Kiyoshi Kurosawa - ditto), Szamanka (Andrzej Zulawski), Killer (Darezhan Omirbayev), Inventur (Zelimir Zilnik), Pretty Baby (Louis Malle), The Great Sadness of Zohara (Nina Menkes), The Pornographer (Bertrand Bonello), Brother (Aleksei Balabanov), Caged Heat (Jonathan Demme), The Idle Class (Charlie Chaplin), Severed Ways (Tony Stone), Khrustalyov, My Car! (Aleksei German), Outrage (Ida Lupino), Redacted (Brian De Palma).  Special, (dis)honorable mention to Giuseppe Andrews' Trailer Town (2003) ... what the hell was that!?  (Catching up recently on Harmony Korine's Trash Humpers just seemed ho-hum in comparison.)  At any rate it wasn't routine.

Add to these various classics whose revelations were more expected, if no less great - watching the odd Mizoguchi or Hawks I'd not yet watched - and that would be the bulk of my great cinema experience this past year.  Even if much, probably too much, was seen on small electronic screens.

A huge disappointment was finally getting around to the late, great Raul Ruiz's Klimt ('06) ... this is maybe the first and only time I've thought a movie by Ruiz fell completely flat.

Celluloid experience of the year: Tras-os-Montes (Antonio Reis and Margarida Cordeiro, Portugal, 1976), a film of great substance, and also elusive in more ways than one.  I've written a few modest words on it which will appear on the Web in the near future.
Posted by ZC at 10:12 PM

Your thoughts on Honey Boo Boo are spot on, in my opinion.

Did you see Ghost Rider: Spirit of Vengeance? While it is not Nevaldine and Taylor's best work, it played like an odd corrective to Avengers/Dark Knight/Dredd/Spider Man/Skyfall.