Recently I watched Savage Messiah, which I'd never seen, and it got some things ticking along in my head alongside some other things that relate to the First World War. I also realize I haven't seen very much Ken Russell, even though The Devils (which I haven't seen in many years, and only once) is stuck in my mind as one of the very greatest films ever.

Not that I think Savage Messiah is a great film, but it's certainly interesting, and part of why it's so (nearly fifty years on) is how visibly it filters its imagination of WWI-era modernism back through the concerns and kinks and beauties of '60s-'70s British culture and transnational hip subcultures. Fellini- and Blow Up-style swinging parties form webs with the drive to break through, and to resist a thousand admonitions from Mom & Dad, or King & Country, or whatever, but there's a sad fatalism to all of it too ... 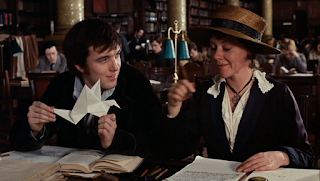 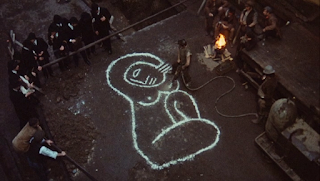 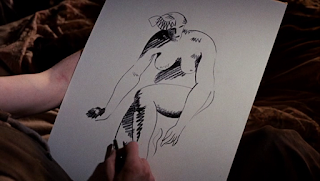 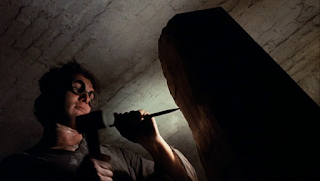 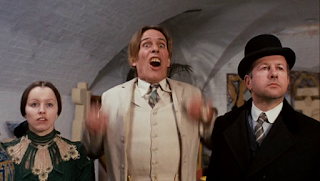 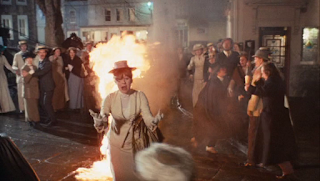 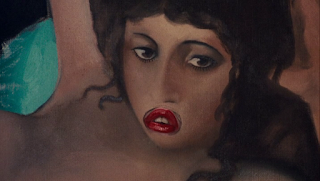 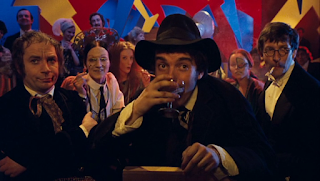 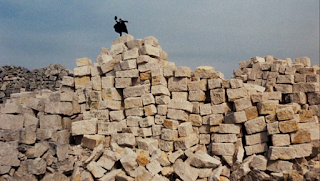 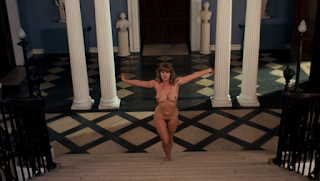 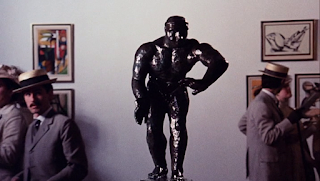 Have youth and a foggy idea labelled "relevance," effectively, become the new transcendentals--taking the place of truth, goodness, and beauty, and like the three traditional transcendentals standing in (at times) for sloppy conventional thinking?
Posted by ZC at 7:42 AM No comments:

A Few Little Notes on GB

What if Bataille, in thinking about continuity, is in fact speaking of God, but does not know it, or can not name it, because for him the expressions available to label something 'God' or 'religion' are too steeped in anti-clericalism? He did, after all, consider priesthood before abandoning it.

"Not every woman is a potential prostitute, but prostitution is the logical conclusion of the feminine attitude. In so far as she is attractive, woman is prey to men's desire." - Erotism, trans. Mary Dalwood, p. 131.

I can imagine Bataille being reclaimed from a position inflected by contemporary gender theory--i.e., 'the feminine attitude' as a performative register to which certain gendered subjects are variously assigned, compelled, and volunteer. But I don't think I'm convinced that this is the spirit in which he means his comments on prostitution, or more broadly, on gender or sexuality or eroticism.

"Beauty that denies the animal and awakes desire finishes up by exasperating desire and exalting the animal parts." - Erotism, p. 144

Bataille seems to me to be banking on the rhetorical power of certain conventions to be his counterweight, or his canvas, from which he works as in relief. But what if 'beauty' doesn't deny the animal? What if it isn't the problem he presumes? I understand what he's saying; at least I think I do. The "animalistic" suggestion of genitalia is the thing disavowed by beauty, which sparks desire, but in trying to reach that object of desire, the "animal" is what ultimately counts. I'm uneasy about this, however ... I think Bataille gets so many things right, he is a thinker in some ways so close to me (or I feel close to him), and yet I suspect he's in the negative.
Posted by ZC at 7:42 PM No comments: 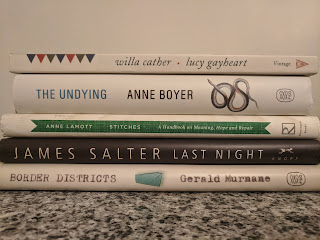 Tonight I revisited Portrait of Jennie (William Dieterle, 1948), which of course is a great film maudit, a piecemeal kind of thing, cobbling together forms and techniques. I think a little, or a lot, these days about collage as a way to reorient towards unity or coherence through renewal of materials and means. In broken and diffuse lives, we find the methods we can to cope. I also recently had an idea for a short film I could even make, and maybe it would resemble Patrick Keiller's films. 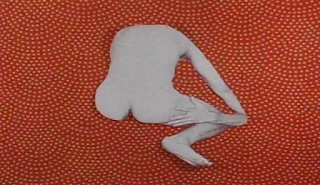 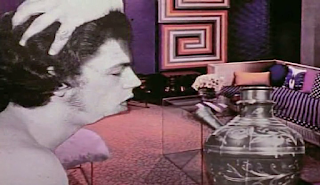 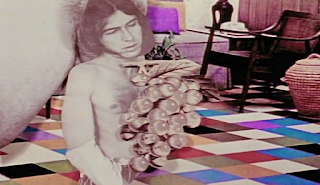 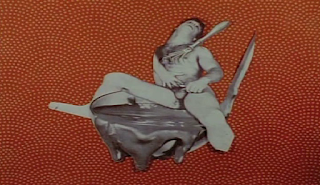 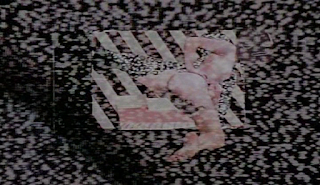 No Receipts for the Sender

In her classic essay “Banality in Cultural Studies,” Meaghan Morris recounts an anecdote about how the news from Sydney was that there was no news. The point of the anecdote is that there is a media event which is, in fact, equally a non-media event and a media non-event.

I think I’ve loved this anecdote for a long time because it clarifies something so often at stake in media culture. Like Guy Debord said, in the society of the spectacle, that which is good appears and that which appears is good.

Roughly the same time that Morris published “Banality in Cultural Studies,” several films ventured to map the mediascape of its present and future apocalypses and dystopias by means of communication media. In other words, word trickled out through mass media, and then there were no words, and the pathos of this non-communication underwrite the depressive bewilderment of these stories in which there is no more oversight, no final account, and no receipt for a sender’s message.

A break in communication, or more to the point, the break in communicability via apparatuses like broadcasting and journalistic publishing, formed a rhetorical trope in imaginations of dystopian and apocalyptic narrative cinema in the mid-to-late 20th century. In my mind, this stretches from Chantal Akerman's News from Home (1977), even, into Death Watch (Bertrand Tavernier, 1980) or Sleeping Dogs (Roger Donaldson, 1977), as well as Romero's second and third Dead films.
Posted by ZC at 8:01 AM No comments: 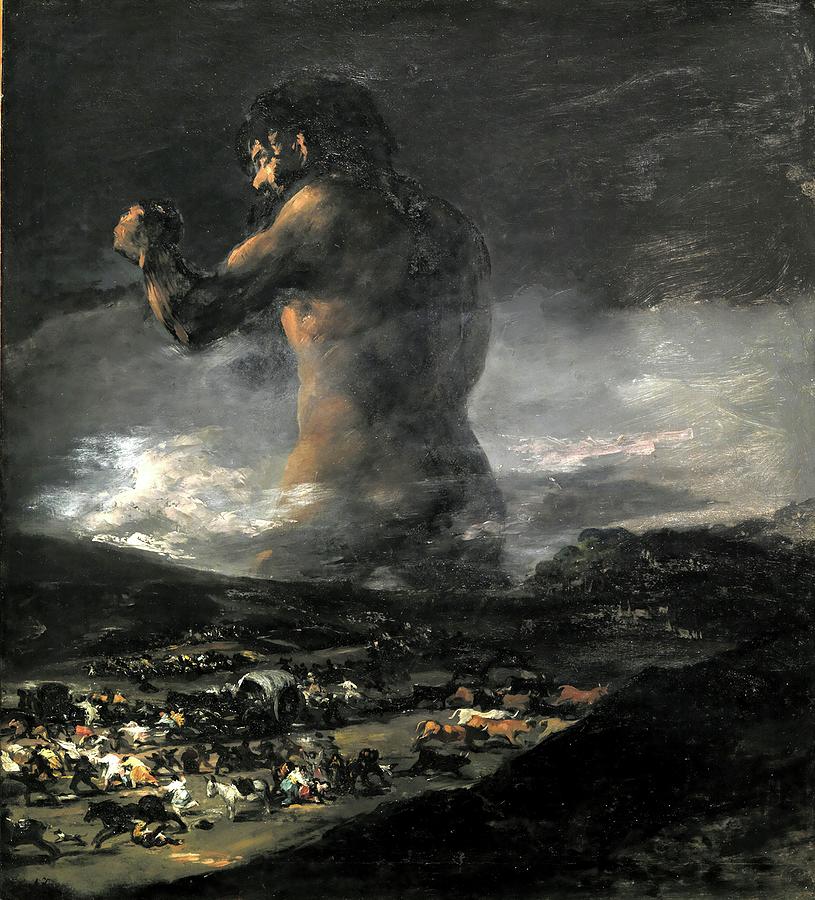 I'll say this, too: the blogger design doesn't seem to be as amenable to clean images and lines as it used to be. That's OK. From a visual standpoint, a lot of the blogs I liked the best were either finely tuned and very much of a single aesthetic piece, or they were heterodox, syncretic, and messy (and only over time established their own 'signature' through the mess).

Zombie Elusive Lucidity will be messy for whatever afterlife it enjoys.
Posted by ZC at 5:58 PM No comments:

Anuj Malhotra, "(In General) Towards a More Empathetic Cinephilia" here
Posted by ZC at 5:56 PM No comments: