Bernie: Here is a movie with people who look and talk like people one meets outside the frame of a movie screen.  Nevermind that the lines between fiction and documentary blur here; the point is the effect within the context of a docudrama.  Richard Linklater, a liberal outsider (and an adopted son of "the People's Republic of Austin") casts a seriocomic eye on a corner of the American South, the town of Carthage in East Texas.   Linklater is attuned to striations of class and geography that many other directors might condense into an undifferentiated portrait of backwoods, backwards good ol' boys.  But he lets these divisions rub up against each other, giving his social portraiture texture, and reducing the problem of a unified, cod-anthropological "take" of his own.

For the second time in his career (Shallow Hal was the first), Jack Black strikes me as an actor well-used, and admirably committed to his part.  Slightly effeminate, perhaps subtly officious, a bit of a huckster, and a real sweetheart; his boundless activity, unflagging neatness, and ramrod posture express an internal energy the film suggests might be closeted queerness (but the film also leaves this as a question - a puzzle piece - rather than a merely suggestive, and lazy, explanation, for what ultimately could Bernie's same-sex attractions "explain"?).  I have known people like Bernie in my life, just as I can also recall the children who would possibly have grown into Bernies.  What the film tries to confound - I think - is the idea that one saying such a thing ("I have known that type...") could serve as a passable summary of a person.  Can one even summarize a person?  Perhaps so - legally - whether it's the court of the state or of public opinion.  But I would say that Bernie demonstrates how a person's summary is inextricable from his social commitments and dialogues, and that these apparatuses are not reducible only to the punitive register.  (Or, to put it like a sociologist in the wake of May '68, there is more to the society than the state.)

So Bernie is also about the problems that arise from typecasting.  If you're still reading this post, but haven't seen the film, I'll simply say that the story (based on actual events) culminates in a trial where Bernie's identity must be decided upon - criminal or good man.  He is, by evidence of the film, clearly both.  Tension arises when Bernie must be taken out of his community (and ever-so-slightly, but crucially, away from his peers) for this trial.  The legal system has no satisfying response to the possibility that Bernie may in fact be both guilty of a serious crime and a truly decent and valuable member of a community.  Rather, the legal system is meant to penalize the crime rather than the identify of the person - but as the movie's trial demonstrates, the only effective way to do this is to paint Bernie as a criminal type, a monster who will do this again because of his type.  There essentially is no fair trial available to Bernie (pro or con).

Helen Grace: "The relation between Eisenstein and Marfa Lapkina we know only through images.  There is no doubt that she is one of the finest representatives of the theory of typage, which some Soviet filmmakers, like Eisenstein, espoused - a theory which gaves a place in the history of the image to figures who are invisible to history.  The theory of typage is the culmination of all those attempts of the eighteenth century on to understand the language of the body, all those theories of bodily legibility through which character might be read.  The theory of typage is replaced at a certain point by a concern with personality rather than character, since this makes everything simpler.  Modernity demands that character declares itself, is made visible in the form of "the personality," the performing subject, who creates the appearance of depth and the problem of "good" and "bad" character disappears into the question of good or bad performance.  No longer is moral judgement required, since the subject merely reveals itself, speaks itself.  This is far more efficient since the temporalities of modernity do not allow for the slow revelation of character which pre-industrial societies depended upon.  Now it is necessary to make decisions on character from first impressions, from the strength of performance when the image, character or person first appears." 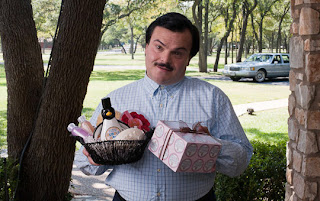 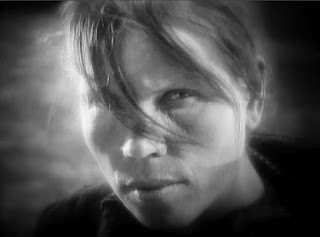 (See also Guy Debord's Considerations on the Assassination of Gérard Lebovici and Roland Barthes' "Dominici, or the Triumph of Literature.")

Great post! Just wanted to add that the community itself - as represented by the talking-head interviews and non-actor re-enactments - and not just the legal system, also has this problem with "typecasting", but in reverse. They view Bernie as a "good man" and accordingly continue to deny that he could have committed the crime; even after that fact is established beyond any doubt, there seems to be a disconnect somewhere between their understanding of Bernie and their knowledge of the crime. One could argue that they have a greater understanding of Bernie "in the round" - as a complicated being; but I, at least, felt that some of the townspeople could speak of Bernie as a good man and the perpetrator of a crime without really coming to grips with the crime itself. It's like they could only understand that one side of him: "He was good to me."

Wow!! What nice info on this post! All information really useful.I love your stuff very much.Thanks for sharing this helpful post.

Great blog I like it very much. dark knight rises bane coat

For the Diner, you can quickly find restaurants serving the dishes you
want, then look through what’s available and make your email booking.

I know it is difficult but we can prove it by working more on it. bane distressed coat

I think other web site proprietors should take this site as an model very clean and excellent style and design, as well as the content. You are an expert in this area!