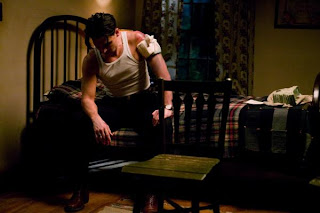 Not the the most interesting of his movies, but still, Michael Mann for all his flaws remains working on a stratum that leaves him with few peers in the heart of the American industry (Eastwood, Gray, Malick if he counts, a couple others maybe). The Fordian-style (or Hawksian, if our model is Only Angels Have Wings) device used in the plot here, the emotionally-imbued token ("bye bye blackbird") showcases one of Mann's limitations. In its final incarnation, its final appearance in the film, Mann schmaltzes things up a bit with music. Why? Why not trust the images alone?; not to say that music is verboten, or that Mann's films previously have not done wonderful things with the interplay with sound & image (think of the club scene in Miami Vice). It's moving, but it's moving in a cheap way. Mann is a filmmaker operating on all cylinders, a massive presence, but what's so maddening (and part of what's also so fascinating) about him is how in some ways he's one of the most fearless, intuitively gifted directors in the world, and in others he strikes me as a factory foreman, churning out stale conventions.
Miami Vice remains my favorite Mann film this decade.

Despite my reservations about Public Enemies, I do think that criticisms about the film's failure or decision not to "delve into" the psychologies of these people, these legends (a complaint voiced succinctly by the estimable Aaron Graham here, if I don't misrepresent his case) miss the point. The subject matter, a fine dovetail with Mann in general, is about a certain superficiality, which is not to say a lack of artistic depth, but the location of that depth in all the spaces between people, people as apparitions moving around, or as nodes in, a network "in the air." The figural dimensions of human beings in Mann are phantasmatic, mysterious, he doesn't much strike me as a corporeal (or perhaps more precisely: a kinesthetic) filmmaker. These are not characters who have psychologies, they are psychologies. They are not bodies, they have bodies. Maybe.
*
Ignatiy Vishnevetsky here: "He's always worked on location. Back then, he'd start with something at least partly real and make it feel completely artificial, completely plastic. I recognize Lake Michigan in Thief, but only the way you recognize a triangle or a square. What I see first is a color and a line. Images that sort of scuttle themselves, marooning the viewer. (It's possible to also think of a roster of ferrymen, directors who use the film to row the audience out to a certain place and then bring them back in time for the end credits: Shirley Clarke, Eric Rohmer, Yueh Feng, Charles Burnett, David Mackenzie, Kiyoshi Kurosawa, Aleksandr Sokurov. These directors should not be confused with kidnappers like Santiago Alvarez or gallery guides like Peter Greenaway.) But something happened around Heat. Aesthetics gave way to ethics, imagery to images." That's a very intriguing sequence of insights, and that parenthetical is a veritable call for further investigation. 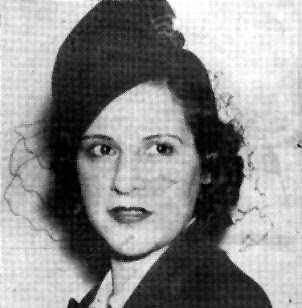 Just rewatched Miami Vice this weekend. Love it, love those shots in the movie where it looks like the sky will rain blood. Love that the studio tried to market it at the time as a summer action blockbuster. Don't know how the cut that ended up in theaters, with its languid pacing, appeared there without studio folk figuring out it would bomb.

I am new to your blog, having found it via Chabert. I am curious as to what it is about 'Miami Vice' that you like, aside from the cinematography. Both 'Thief' and 'Manhunter' are currently on the free menu on the local cable network, and 'Manhunter' is far superior to 'Miami 'Vice' in my opinion. I have no background in film or the arts, but that is my impression from strictly an entertainment standpoint.

Interesting blog. Please take a look at my blog when you get a chance @ http://amte.wordpress.com If you're interested, we should link to each other.

I like Michael Mann work a lot..I watched some of his previous movies which have good plot..Same expectation from this movie but it doesn't filled those marks still not bad.