I. New Films
Very few new films adorn my personal film viewing log in '06--but one film among a very small sample rose to a really high level for me, Hong Sang-soo's The Woman on the Beach.

II. (Re)Viewing of the Year
Love Streams, 35mm, at the Anthology Film Archives.

III. Old Films Seen on Celluloid
Below is a very rough preferential list. Differences between individual spots are basically negligible--just understand that I liked #1 more than #21, and cherished all of them. One film per filmmaker, and also an understanding that in several cases the film chosen is sort of a 'peak' stand-in for two or ten works by that artist. 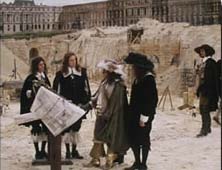 IV. Old Films Seen on Video
A special mention should be made to online places like UbuWeb, providing a sampling forum for unfortunately scarce works of fringe or experimental cinema (and like Mubarak Ali mentioned in his recent year-end commentary, Toshio Matsumoto's works are fascinating). Below are the same rules as above, but with a few more classics that I only saw in 2006. Long live the game of Humiliation. 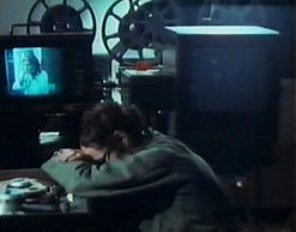 V. Film Book
Jonathan Beller's The Cinematic Mode of Production I suppose. Truly important, I will write more on it in the future, in the meantime interested readers will want to check out Le Colonel Chabert, who's posted a few recent entries dealing with the book.

VI. Laughing
Revisitation: The Happiest Days of Your Life (Frank Launder, 1950) - One of the funniest films ever, if you ask me.
New on Film: For Your Consideration (Christopher Guest, 2006) - Specifically, Fred Willard with his fauxhawk, and the scene where the Siskel & Ebert clones unexpectedly reach an agreement--the articulation of the moment of exaggerated shock is small & priceless. (I still haven't seen Borat and have no idea what I'll think of it.)
A Moment out of Time: When Sho Aikawa buys a hungry kid about five bowls of noodles in Dead or Alive: Final, and as the kid slurps away our hero nonchalantly states, "Finish it or I'll kill you." I wonder if my reaction is similar to a Japanese speaker's.
Posted by ZC at 9:29 AM

Clearly you have an impressive breadth of knowledge and are on some other film-watching/critiquing plateau but I can say I saw SATANTANGO this year, too, and it kicked the shit out of me. I'm working on an essay for MZS's The House. (Did you see CHUNG KUO CINA? That, too, was rough and tumble worth it, I thought.)

I've seen more of your second list, tho, and it surprises me that Balthazar was a new entry. Regardless, it's pretty essential, probably my favorite Bresson.

Gonna have to Q or seek out Happiest Days with a recommendation like that. I bet it'll be worthier than Borat, which, while hilarious & relevant, is oddly slight. Ed Gonzalez's take, published on The House, pretty much sums up my read.

Thanks for the new suggestions. With this post and the indieWIRE poll, I've got plenty of reason to start Netflix again.

Thanks for dropping by, Ryland. I look forward to the essay for House Next Door.

I didn't see Chung Kuo Cina--I wonder if it played at BAM's Antonioni series and I just missed it altogether? (I only saw one program in the series, but I don't even remember reading about this film...)

The Happiest Days of Your Life isn't on DVD (unless it just came out in the past couple months), and maybe my saying it's one of the funniest movies ever made says more about me than about it. But if you like (e.g.) the Ealing comedies then it's in the same ballpark, humor-wise. The sequels it spawned (which I haven't seen, not all of which have Alistair Sim or Margaret Rutherford I believe) might make a nice DVD box set if someone is looking for ones to put together ...

Yeah, it played at BAM, one night only. I had to pick and choose due to my budgetary concerns and both pictures I saw were totally worth it. Up until that point I'd seen everything from RED DESERT back to IL GRIDO plus THE PASSENGER so I just filled in the gap and boy do I feel lucky. ZABRISKIE POINT kind of blew my mind and CHUNG KUO CINA was typically jaw-dropping, only in a much different fashion than those 60s movies. I really dig how he so stepped outside his box starting with BLOW UP (which is still hermetic and silly, however great) and, more impressively, with ZABRISKIE. It's something I only hint at on my year-end wrap up at The House.

As for Ealing: it's something I've always liked...when I've seen some. I honestly can't think of any titles outside KIND HEARTS & CORONETS but I know I've seen at least a few others on TCM or something...

Great collection of films, Zach, as can be expected. I wish I could see some of these, esp. your celluloid films, on celluloid. On the agenda for this year is to (re)visit Godard and Buñuel. Can't wait to finally see Numero deux.

I loved Woman on the Beach. Hong's pretty consistent generally but I esp. like where he's heading with his last two films. His triangulations are elegantly crystallised here!

Did you see Inland Empire yet? I'm really curious about that one...