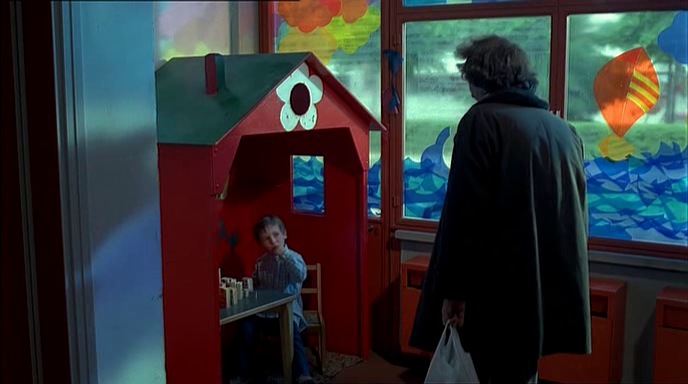 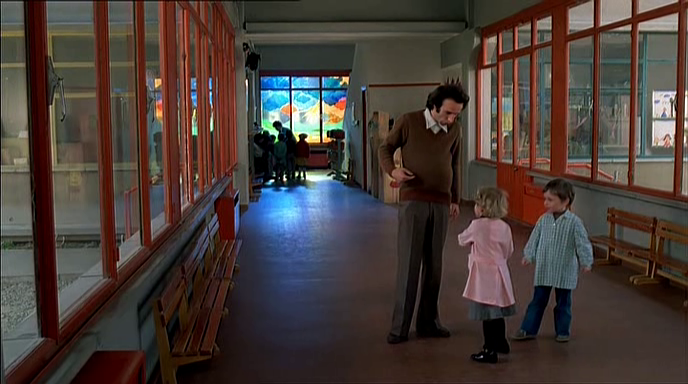 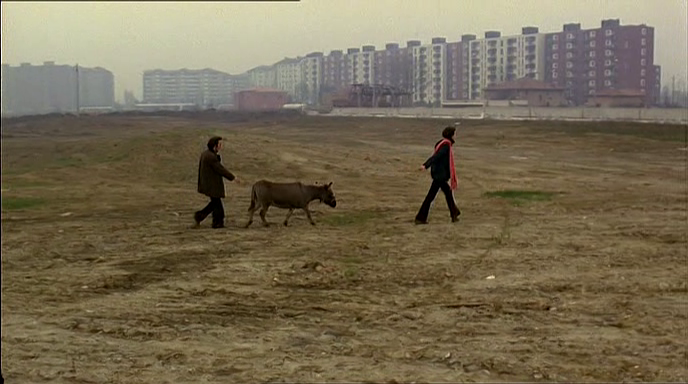 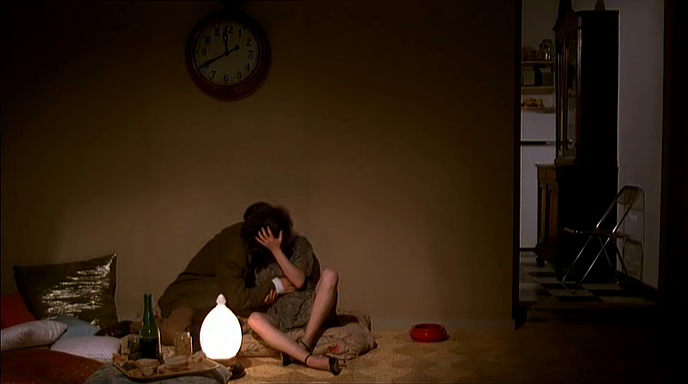 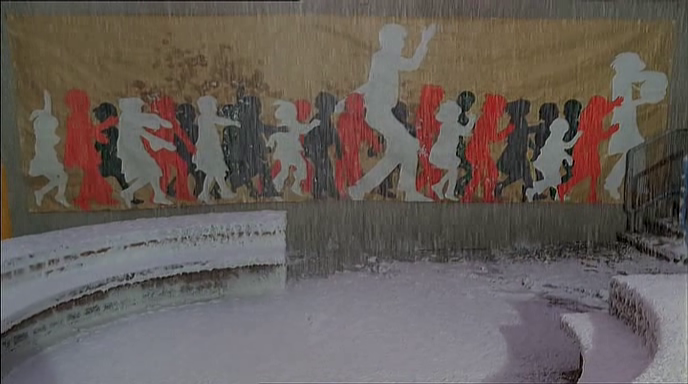 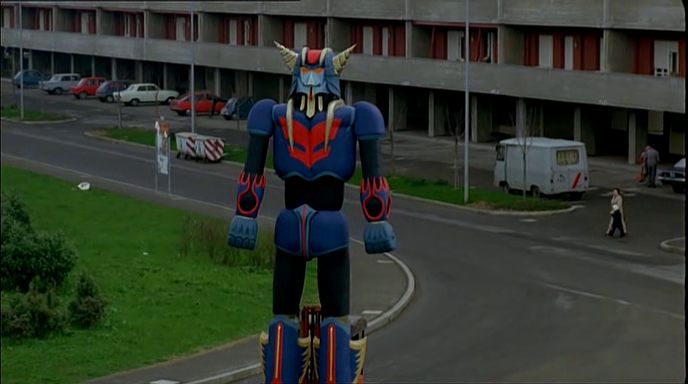 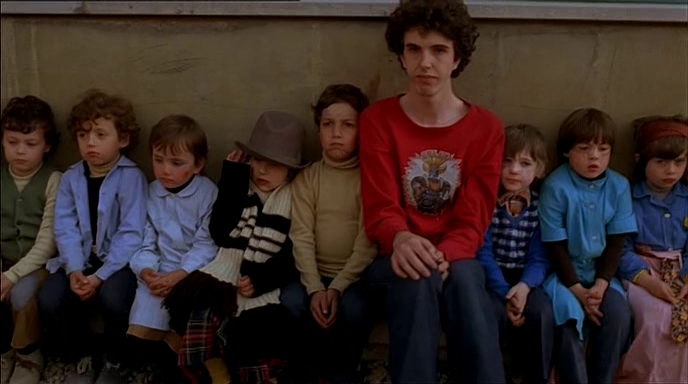 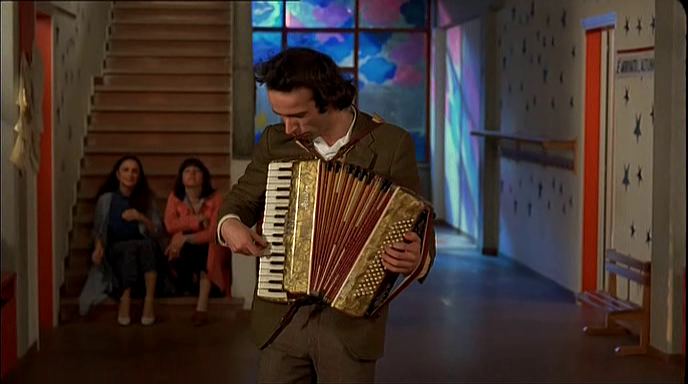 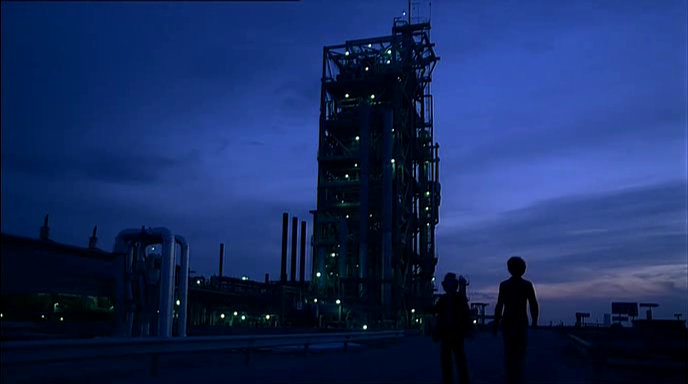 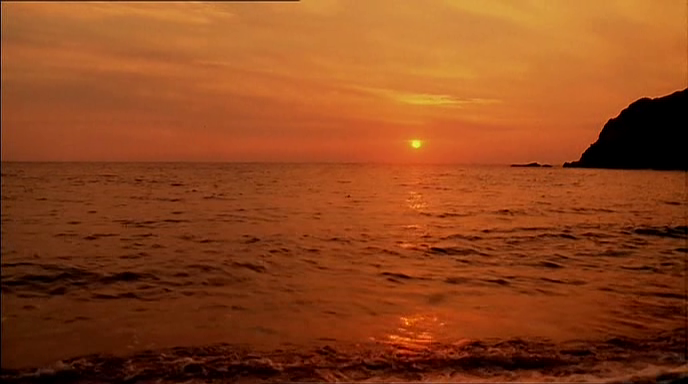 Chiedo asilo / Seeking Asylum (Marco Ferreri, 1979) I figured I'd remedy my general lack of knowledge of a fairly important late 20th century Italian filmmaker, Ferreri. So begins a series of, I'd say, five or six posts that will feature screenshots and some very basic words of response to the work. Now, I've had Seeking Asylum on my to-see list ever since somebody mentioned it in a Senses of Cinema all-time top ten; I can't remember who it was, but I do recall something about the hells of late capitalism. I think I can see this person's point. Roberto Benigni plays a kindergarten teacher who runs into some obstacles for his unorthodoxy. Education is a matter of reckoning with the world rather than the memorization of facts, etc., etc. It's a loose film, more about vignettes and quirky characters, but kind of beautiful and colorful in a way it needn't be. The painted window at the end of the hallway (visible in three screenshots above) is a gorgeous recurring visual feature.
Posted by ZC at 8:46 AM