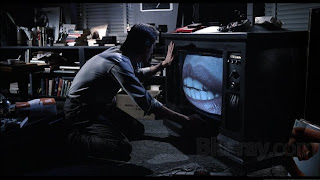 "[T]he arrival of any new technology that has significant power and practical potential always brings with it a wave of visionary enthusiasm that anticipates the rise of a utopian social order.  Surely the coming of this machine, this new device, this technical novelty will revitalize democracy.  Surely its properties will foster greater equality and widespread prosperity through the land.  Surely it will distribute political power more broadly and empower citizens to act for themselves.  Surely it will cause us to cultivate new and better selves, becoming larger and more magnanimous people than we have been before.  And surely it will connect individuals and groups in ways that will produce greater social harmony and a relaxation of human conflict."  (Langdon Winner, "Sow's Ears from Silk Purses")
"The technological plane is an abstraction: in ordinary life we are practically unconscious of the technological reality of objects.  Yet this abstraction is profoundly real: it is what governs all radical transformations of our environment.  It is even - and I do not mean this in any paradoxical sense - the most concrete aspect of the object, for technological development is synonymous with objective structural evolution.  In the strictest sense, what happens to the object in the technological sphere is essential, whereas what happens to it in the psychological or sociological sphere is inessential.  The discourse of psychology or sociology continually refers us to the object as apprehended at a more consistent level, a level unrelated to any individual or collective discourse, namely the supposed level of technological language.  It is starting from this language, from this consistency of the technological model, that we can reach an understanding of what happens to objects by virtue of their being produced and consumed, possessed and depersonalized."  (Jean Baudrillard, The System of Objects)

“My point is that Marx is not working to create an undivided subject where desire and interest coincide. Class consciousness does not operate toward that goal. Both in the economic area (capitalist) and in the political (world-historical agent), Marx is obliged to construct models of a divided and dislocated subject whose parts are not continuous or coherent with each other.” (Gayatri Spivak, “Can the Subaltern Speak?”)
I've taken the above quotes from out of their contexts and chosen them to populate this post, which has no real point - it's blunt and vague, instead.  But I've been thinking the last several days about the grafting of politics into or onto technological forms.  Politics and technology are not equivalent and mutually exclusive spheres, but what I mean is the substitution of the latter for the former.  Or maybe the relocation of the former to the latter.  I.e., the rhetoric that Langdon Winner evokes.  But it's something that has prompted me to take a look at one of the earlier books by that joker Baudrillard, The System of Objects, because it now seems worth entertaining what he means when he provocatively suggests that the essential feature of the object resides in its technological abstraction - not its "psychology or sociology."  Something appealingly anti-determinist ... 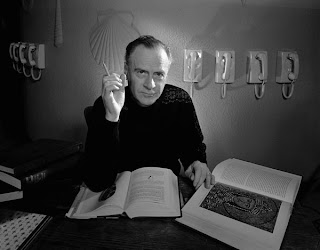