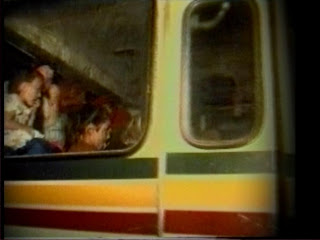 "But cinema, being synonymous with culture, forms a history, and a defining aspect of any present is always how it interacts with its pasts." (IV) 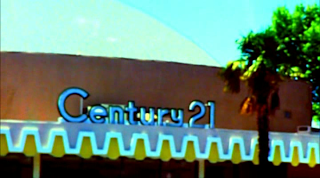 A modest and rambling apologia.

In recent months - in many months - I have not said a word about news items like the Greece economy, Middlesex philosophy, Arizona immigration. I have made only the barest of allusions to Thailand. If I have been silent on important political topics, it is not because I do not rate them highly enough for discussion, but because I have needed to reform some of my own thoughts and practices with regard to politics and worldliness. In other words, I am quiet because I'm thinking, and I am hesitant to write because my opinions or my understanding change too drastically and/or too quickly in the moments after I write something. (And in fact, one of the reasons why the film-related writing here is also a bit sparse for quite some time now is because I have been rethinking (my) cinephilia, and the entire audiovisual field, in my own piecemeal way.) Those people who browse EL looking for the fervent left-wing commitment which has marked my writing in the past may fairly be puzzled by these staccato, solipsistic write-ups of barely-known commercial movies like Boiling Point and Suspect Zero. Why have I not even said a few things about the late Lubtchansky? Everything a shortfall. For the disappointed onlookers I can offer no satisfactory explanation. EL was made without credo or program, and directionless it continues.

If there is any small interest in these entries for the socially, culturally, politically-interested onlooker, in particular the onlooker without cinephilia, I can only humbly offer these scratchings as examinations of historical sloughing-off. American pastness, its relation to conflict (personal / political): that's a common theme here in these occasional spurts. (1) What can Betty Grable tell us about war, (why) did anyone think she could, and can we use her figure to say anything at all? (2) When faced with the astonishing vibrancy of a past object, how "new" can it seem? Can a past relation (in this case Maria Montez's influence on certain camp & avant-garde scenes) be resurrected, affectively, by a viewer who's long missed the boat? (3) What names are we circulating for people? (4) Further strains of the history of combat and communication, warfare and aesthetics. And so on ... I experience anxiety that others should feel I have been 'depoliticized.' (The worst moment? A classmate was telling me about a course on revolutionary theory and admitted I was the last person she thought would be interested in it. In an instant, everything I had ever written seemed for naught.) If I'm to be judged, even by myself, I want only to have the correct charge, which is instead that my politics are at present too inward-looking to be effectual.

"Democracy" and "democratic" are often words used in place of thought, which is why you can end an essay or article or a self-defense with some gesture towards greater democracy, and it will appeal to any number of listeners simply because the d-word has almost definitely remained undefined, and can stand in for anything and its opposite, really. The messiness of human conflict (and thus the reality of co-existence) gets the gloss. What I'm trying to do in the offspace of whatever I write is to identify and, as best I can (it won't be perfect) gut out these crucial words that often take the place of thought, and which consequently impede political analysis and discussion when everyone involved may not quite realize it.

And if I can achieve any of this through the help of (pleasurable) digging through the wreckage and ruins of 20th century cinema, of media more generally, of classics, and of art, and of political philosophy, then maybe in the not-too-distant future I won't appear so far off course to those observers who might (rightly) think so.
Posted by ZC at 9:14 AM