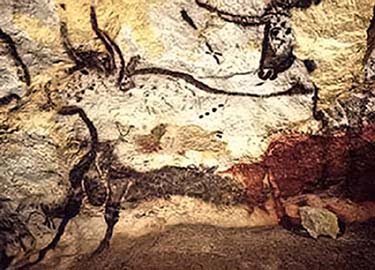 I have been reading the Hammonds' The Bleak Age, which documents the particular forms of immiseration in 1830s and '40s Britain. Partly it's an account of a moment in the history of leisure, which means it is also an examination of the ways in which misery and exploitation were organized. The same rule applies as always in our industrial saga--masses of people are lowballed for their basic needs (space, air, water, commons, time) and then, when minor concessions are made at the discretion of liberal-minded patrons (and upon the sweat & blood of protesting mobs), the people are instructed to feel grateful for these pittances. In the developed West, perhaps the quickest way to wake certain people up about the horrific situation we are all being led into is to set alarms around the visible ways in which our leisure, our comforts, are being abrogated. At the same time of course is the obvious truth, that we are already in a horrific situation, that our leisure and comforts are in many instances based upon so many enshrined immiserations that we could not possibly just backtrack. This fact has no novelty for much of the world. But how to target the opinions of the fringe bourgeoisie intellectual consumers of which I am myself part? This is the (sub)class who will help cling to and perpetuate a lot of the dangerous ideas; they will help smooth over a lot of the policies and trajectories of our social system. Point out shrinking privileges, first, and then start talking about them more broadly. This is to be a goal.

* * *
In Rivette's Out 1 there are characters who can afford leisure (like the Thirteen?) and those who eke out their efficiency apartment living on the other side. As an historical document Rivette's film is actually pretty fascinating, this period in the welfare state where one could spend one's days making avant-garde theater, according it all seriousness, and not necessarily being a bourgeois figure of leisure. Some are. Michel Lonsdale, who acts/lounges/nibbles his way through Out 1, shows up three decades later in a Spielberg film, Munich, where he plays a secretive weapons dealer (if memory serves?) who lives out an idyllic patriarch's existence on a family villa in the French countryside, like he's the Dreamworks cross of both Guy Debord and Don Corleone. It's hard to make a good case about a complex and playful 13-hour film I've seen only once (twice if you count the 4-hour Spectre); perhaps pointless, really. Still I have been meaning for some time to start writing a few things on Rivette and his treatment of class and history and not only about the more familiar tropes of realism, performance, and conspiracy. I am convinced somehow they mesh together. It's about duration, the leisure of unproductivity, the pleasure of unstructured productivity*, the BUM-bum-bum on the soundtrack that slips you into each episode like a theme song, the world of suggestion embodied in that amazingly (not-)banal final shot. Rivette is essential here.