Barbarians at the Gates

High drama in the moment, and then the moment of respite, and though I would like to seize on this word, "respite," and connect it to the Harun Farocki film of the same name that plays as one of the Jeonju Memories digital projects with Eugène Green's new film, I don't know that there's a connection of any kind, except for perhaps a deep philosophical one that I'm not prepared to make right now. 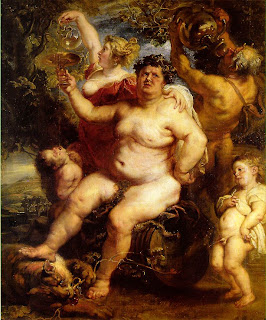 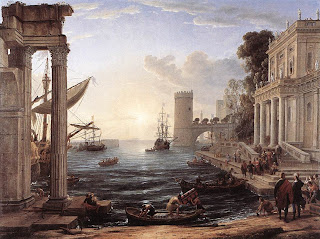 Claude Lorrain, Seaport with the Embarkation of the Queen of Sheba (1648)

I'm about to take out Robert Harbison's Reflections on Baroque out from the library. Who knows if I'll have time to read through it or not, but it looks like a gorgeous text (published by Reaktion). Any thoughts out there on the book? In my stuttering, sputtering education--mostly but not entirely autodidactic--I seem to pounce from historical period to historical period within the great story of the West, alternately "identifying" with (say) the Hellenistic civilizations, or the Western European medievals, or the Baroque, or fin de siècle, at different times--never, of course, acquiring anything more than a dilettantish investment in any of them. It's a frustrating lack of focus on my part, and my only consolation is the thought that, in many, many years, I'll simply end up as a well-rounded individual.
Baroque theater director and writer, in recent years filmmaker too, Eugène Green--a transplanted Brooklynite who (like Noel Burch) fled America and wound up in France, decades ago--includes in his recent digital short film, Correspondences, a shot of a computer search engine clearly modeled on Google, but where that company's name is supposed to be, there appears the word (rainbow-colored), 'Barbare.' I don't think it's merely aristocratic backlash at crass, commercial technology that marks Green; he seems a politically aware man (and certainly Brenez, a champion of his, is such); and in any case his film reserves a certain sympathy for its two teenage protagonists. Correspondences is not composed visually like anything Baroque, per se--or rather, Baroque is a competing element with a certain (neoclassical?) austerity of line, color, and object that marks Green's frames. No consumption like Bacchus; no voyages like Sheba. Just two young people in sparsely decorated rooms, communicating via email. 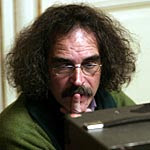 If Green's latest film is indeed shot on digital video, this is quite an unexpected move on his part. Less than 2 years ago he was adamantly against this format:

KC: Would you ever make use of digital technology?
EG: Never. At least not as it exists presently. What interests me most in cinema is the possibility of capturing real energy, and I find that video can’t do that. For me it’s always an intellectual idea of what the shot was supposed to be, but never the reality of that shot.
http://www.vertigomagazine.co.uk/showarticle.php?sel=bac&siz=1&id=360

And Barbaria is apparently his pet name for the US:
http://www.cinema-scope.com/cs20/ar_huber_green.htm

Where does Brenez champion his films? (He's also one my favorites, by the way.)

Brenez may not have published on Green; I don't know. But Adrian Martin says it's so -- http://movies.groups.yahoo.com/group/a_film_by/message/34392

Green, from the press notes:

"Although I believe that digital video has specific artistic possibilities, I do not believe that it is, in its current form, an appropriate medium for cinema fiction. However, having accepted the generous proposal of the JIFF to make a video film reflecting my idea of cinema, I have tried to conceive a work that functions within the limitations of the medium, by using only indoor and close-up shots, that is, those in which video can capture something of the energy of film. At the same time, the subject of my film reflects the moral question brought up by the video movement because it concerns the way in which modern technology, imposed by outside political and economic forces, in some ways enables us to continue old things in a new form, but also, in some ways, completely transforms essential aspects of human life."