"The contracting explosion raises questions about propriety, cost and accountability that have long troubled watchdog groups and are coming under scrutiny from the Democratic majority in Congress. While flagrant cases of fraud and waste make headlines, concerns go beyond outright wrongdoing. Among them:
¶Competition, intended to produce savings, appears to have sharply eroded. An analysis by The New York Times shows that fewer than half of all “contract actions” — new contracts and payments against existing contracts — are now subject to full and open competition. Just 48 percent were competitive in 2005, down from 79 percent in 2001.
¶The most secret and politically delicate government jobs, like intelligence collection and budget preparation, are increasingly contracted out, despite regulations forbidding the outsourcing of “inherently governmental” work. Scott Amey, general counsel at the Project on Government Oversight, a watchdog group, said allowing CACI workers to review other contractors captured in microcosm “a government that’s run by corporations.”
¶Agencies are crippled in their ability to seek low prices, supervise contractors and intervene when work goes off course because the number of government workers overseeing contracts has remained level as spending has shot up. One federal contractor explained candidly in a conference call with industry analysts last May that “one of the side benefits of the contracting officers being so overwhelmed” was that existing contracts were extended rather than put up for new competitive bidding.
¶The most successful contractors are not necessarily those doing the best work, but those who have mastered the special skill of selling to Uncle Sam. The top 20 service contractors have spent nearly $300 million since 2000 on lobbying and have donated $23 million to political campaigns. “We’ve created huge behemoths that are doing 90 or 95 percent of their business with the government,” said Peter W. Singer, who wrote a book on military outsourcing. “They’re not really companies, they’re quasi agencies.” Indeed, the biggest federal contractor, Lockheed Martin, which has spent $53 million on lobbying and $6 million on donations since 2000, gets more federal money each year than the Departments of Justice or Energy.
¶Contracting almost always leads to less public scrutiny, as government programs are hidden behind closed corporate doors. Companies, unlike agencies, are not subject to the Freedom of Information Act. Members of Congress have sought unsuccessfully for two years to get the Army to explain the contracts for Blackwater USA security officers in Iraq, which involved several costly layers of subcontractors."
Recent defense contracts.
PMC.
... one day I'll be able to say something concrete about all these things and not just point in a few general directions ... 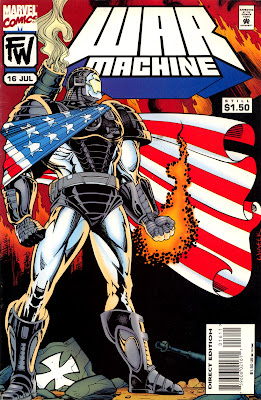 That this article is published in the liberal NY Times is not surprising. Each point is valid, but is phrased in a way to make it sound conspiratorial or even demonic. Let's look at each point. People not in the accounting world always worry about waste and fraud. If there is any waste, it's because the government forces lots of unnecessary reporting, which can require as much as 20% of the contracting dollars. Regarding competition -- "payments against existing contracts" should not be competed. Who came up this this dumb idea? Do you recompete the fence building in your yard every time you need to make a progress payment to the contractor? Sheesh! There is some "inherently governmental" work that is contracted out, no question. What would you have the agencies do that have these functions, but are prohibited from having enough employees (hiring freezes, headcount limits, etc) from having enough government employees to do the functions. They just hire it out. And there is so much paperwork and cost involved by both the government and the contractors, that recompeting a contract when the existing contractor is performing well is just stupid. Agencies are not "crippled" because if it, despite the NY Times apocalyptic view. Learning to sell is a skill that every business should master; it is not something evil. "Lobbying" is much more prevalent in private industry than in selling to the government. That there are large "quasi agencies" is a result of DOWN sizing the military, not the reverse. There used to be dozens of parallel aircraft contracts, now there are only a few. The companies were forced to consolidate or face their own extinction.