A dissonance of a premise and its treatment: a group of abolitionists in the 1850s, including roles by Van Heflin and Ward Bond, square off against Errol Flynn and Ronald Reagan in Santa Fe Trail ('40). Unfortunately, Warner Brothers conspired to make it that the abolitionists were the villains, particularly Raymond Massey's looney zealot portrayal of John Brown. Flynn and Reagan play the heroes (lame). How fantastic it would be if one could remix this material to make John Brown and his supporters the protagonists ...

(Santa Fe Trail's nocturnal prophecy scene, however, is strikingly great: firelight flickers on a group of young officers as they laugh uneasily when a native woman tells them - through translator Olivia de Havilland - that they will soon be bitter enemies in a war that has already started. They just don't know it.)

Lately I've been revisiting some classic Hollywood work - things I haven't seen in years, or in a few cases just films I've never seen. Some expressive qualities seem to never grow old. Forty Guns seems now like such an obvious and direct antecedent to Jarmusch's Dead Man: Biroc's stark, clear cinematography like a model for Robby Müller's; a nice motley mix of characters; a tightrope walk between different versions of masculine behavior and the expectations of violence and loyalty these carry. (But where Fuller's film is fluid, quick, giving a crucially peopled version of the West, Jarmusch's is deliberate, meditative, and grounded upon a less anthropic view of landscape. Both are great movies in my opinion.) 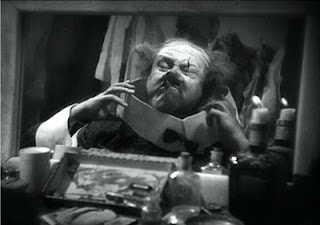