Whose Life Is It Anyway?: the narrative construction is both sharply professional, deeply felt, and bathed in too-much, too-soon pathos.  (The vase the falls and breaks?)  Lightning, at certain points, provided a clear illustration of the pathetic fallacy. But overall I liked the way the film uses weather, glimpsed from inside through windows.  It was neither remarked upon by characters and music for "mood," most of the time, yet remained quietly and open-endedly expressive.


-
If they make The Hangover, Part 3, it should simply be called Ken Jeong's Hangover.  I would still see that.  Otherwise, what's the point? 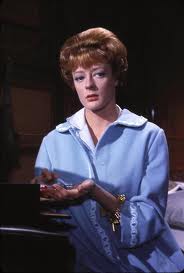 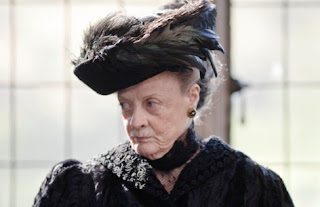 Dame Maggie sure seems immortal, sometimes.
-
I took down a post I made on The Tree of Life for a couple of reasons - mainly because it wasn't really ready to be posted.  I think I just absent-mindedly hit "publish" and directed my attention elsewhere.  Normally that kind of slip doesn't bother me since I rarely revise posts extensively, anyway.  But when I noticed it some hours later, I realized that what came out was a lot of unnecessary and mean-spirited snark, not to mention a straw man argument that was more a heuristic device for me to get to a particular rhetorical space than a "position" I had intended to put out into the ether.  It was my way of working through certain ambivalent feelings I have toward a lot of, hmm, extratextual questions.  Elusive Lucidity is a public notebook, not a polished journal - but it's also not open mic night for every little slice of its author's brain.  If anyone read my earlier post and rolled their eyes (as I would have done myself), mea culpa.  For the record, I loved the film and think it is incredible on a lot of levels, though I do have some reservations, and will probably still post something on it after my thoughts and feelings ripen.
Posted by ZC at 7:52 AM

I realized that what arrived out was a tremendous amount of unnecessary and mean-spirited snark,
I have play the wow for a long times and have some good advice for you to get the best World Of Warcraft Gold with goods ways, I also have the best ways for you of the Cheapest WOW Gold, please don't hesitate !