... or, cranks on the porch ...
... or, any resistant individualism's tragic neutralization into farce ...

"Entirely apart from any willingness to preach history according to the ideas of the Berlin party, or to turn the class room into a hall of propaganda, the whole method of this German and American higher education was, is, evil, a perversion.

"It is evil because it holds up an ideal of 'scholarship,' not an ideal of humanity. It says in effect: you are to acquire knowledge in order that knowledge may be acquired. Metaphorically, you are to build up a dam'd and useless pyramid which will be no use to you or to anyone else, but which will serve as a 'monument.' To this end you are to sacrifice your mind and vitality.

"The system has fought tooth and nail against the humanist belief that a man acquires knowledge in order that he may be a more complete man, a finer individual, a fuller, more able, more interesting companion for other men.

"Knowledge as the adornment of the mind, the enrichment of the personality, has been cried down in every educational establishment where the Germano-American 'university' ideal has reached. The student as the bondslave of his subject, the gelded ant, the compiler of data, has been preached as a summum bonum.

"This is the bone of the mastadon ... 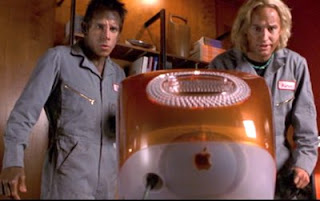 ... this is the symptom of the disease; it is all one with the idea that the man is the slave of the State, the 'unit,' the piece of the machine." (Ezra Pound, "Provincialism the Enemy," 1917)

"Clausewitz, at the beginning of his history of the campaign of 1815, gives this summary of his method: “In every strategical critique, the essential thing is to put oneself exactly in the position of the actors; it is true that this is often very difficult.” The difficult thing is to know “all the circumstances in which the actors find themselves” at a given moment, in order to be in position to judge soundly the series of their choices in the conduct of their war: how they accomplished what they did and what they might have been able to do differently. So, above all, it is necessary to know what they wanted and, of course, what they believed; without forgetting what they were ignorant of. And what they were ignorant of was not only the result still to come of their own operations colliding with the operations that were opposed to them, but also much of what was even then making its weight felt against them, in the disposition or strength of the enemy camp — which, however, remained hidden from them. And basically they did not know the exact value they should place on their own forces, until these forces could make their value known precisely at the moment of their employment — whose issue, moreover, sometimes changes that value just as much as it tests it." (Guy Debord, Panegyric)

"Thus it does not seem that so-called nationalisation of property leads to ground rent and surplus value being effectively nationalised, i.e. belonging to the whole people. There is no essential difference, except that the bourgeoisie is no longer the exploiting class that receives the surplus value, but it is the bureaucracy which is granted this honour. Naville identifies nationalised property with socialist property, which seems to us neither too scientific, nor too Marxist." (Bruno Rizzi, The Bureaucratization of the World)

"Nothing 'matters' until some fool starts resorting to force. To prevent that initial insanity is the goal, and always has been, of intelligent political effort." (Pound, ibid.)
Posted by ZC at 8:04 PM