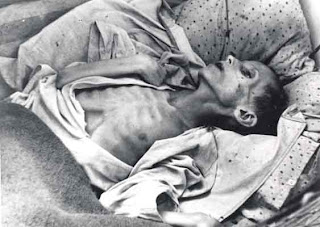 We have weighed the 20th century on the scales and found it lacking. Bruno Rizzi's The Bureaucratization of the World, too (appreciated by Debord), was suppressed:

There is no doubt about another feature documented by Trotsky, Citrine, Victor Serge, Ciliga and by a host of writers of the most different nationalities and political theories: in no capitalist or fascist country is the proletariat in such bad conditions as in Soviet Russia. There is no freedom of speech, of meeting or of the press. Informing is widespread and the State very much a police State. All these writers are agreed on this: the exploitation of man still exists in the country of the “happy life,” being embodied in the famous surplus value which Messieurs the Capitalists extract from the workers. (The divergences appear only when it comes to identifying who monopolises it.) Another characteristic which must not be ignored is that the State demonstrations are only a grandiose theatrical advertisement, as in the totalitarian States of the West; likewise, the veneration, real or pretended, for the almost deified Leader is equal and perhaps even greater. Hierarchy enjoys great prestige there and servility is pushed to the extreme limit. The population lives in an atmosphere of fear as if the walls could hear and speak; they have a face for the public different from that as a private individual.

A crucial distinction: the population lives as if walls could hear and speak, versus, the walls can hear and speak. In America, some segments of the population endorse a certain measure of police state surveillance. If you've got nothing to hide, you've got nothing to worry about. Nobody would suggest that these apologists for Big Brother in the Land of the Free are not, in fact, genuine, sincere, and possessed of free will as much as anyone else. By and large their endorsements reflect their class experience: the comfortable, white middle class does not generally have a single thing to fear from police officers (or the Feds). Is this because the white middle class commits no crimes? Not exactly ...

I have the windows open because it is a beautiful morning. A chubby bird perches upon my fire escape, ruffles its feathers, looks around inside my room. In fiction this bird could become a symbol of the oppression that exists everywhere except where it is manifest.
Posted by ZC at 9:05 AM