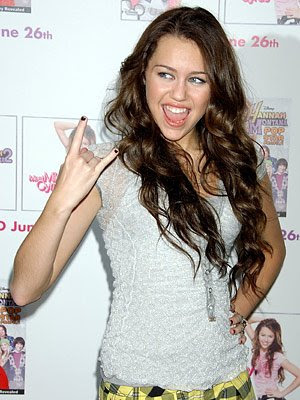 A proposition thrown out there for myself and anyone who would critique it. In today's celebrity youth culture almost all celebrity is bought on credit. One finds fame by

1) manifesting the epoch's own perceived image of its Zeitgeist, or
2) going to the extremes of this perceived image, or
3) selling oneself by virtue of a loan--a star provides his or her youth (or equivalent) to the machine, in exchange for fame. But there are two kinds of fame, the temporary and the durable. The grant of the former leads only to a chance at the latter. The machine enables the star-to-be to apply for durable status by means of a "trial period." If the investment provides no returns, the star is discarded along with her youth. In the case of someone like Britney Spears (who may yet pull off a comeback or two in her lifetime, who knows), her initial investment was so much that the machine can feed productively off of her unraveling as she struggles--unsuccessfully, it seems--for durability. Her increasing lack of success is at the same time the machine's energy source, and its manifestations about her (and her success, and lack of it) are strengthened by it. Or, at least, they are shown to be strong by it. They produce, for example, figures who fit into categories 1 and 2, like Chris Crocker. I first suggested an idea in this area in the very first film blog-a-thon. Elizabeth Berkley was a victim of category 3 but has a resurrected phantom career on the current popular surge that enables a surplus of category 1 (as well as 2)--hence she gets the hosting gig for the dance show on TV, because she is "visible" in pop culture precisely as a revenant from that early burnout, the failed attempt at a smooth path into respectable star longevity. Neil Patrick Harris did the same 3-to-1 move to rather hilarious effect with Harold & Kumar (I haven't seen his sitcom), which may have been first forged in his collaboration with Verhoeven in Starship Troopers.

I give Miley Cyrus a few more years. I don't say she'll be forgotten, but she'll be faltering and will have to manifest herself as a figure of category 1, probably, running of the fuel of her cat-3 burnout.

"I have begun to work again, and am making good progress. Only, I have to limit my working time, for after about three hours my head begins to hum and feel painful."
- Marx to Engels, April 22, 1868
Posted by ZC at 6:59 PM

Zach, I know you have bigger fish to fry these days (like, for example, the end of the world in previous blog entry) but I was wondering if you're still a Farrelly Bros enthusiast. I caught up with their HEARTBREAK KID recently and thought it was great. It seems like they were approaching this remake for a long time now: the drive in males towards a simultaneous self-destruction and self-actualization, played out by marvelous actors. (Ben Stiller is phenomenal.)

Hi Jaime. In theory I am still interested in the Farrellys--but I haven't kept up with the stuff that came after Stuck on You. (Partly a function of just giving up on staying current with new movies, by and large.) Good to hear a positive thing about the HBK remake. I will check it out at some point, though who knows when. Adieu ...

One of the things that interests me about celebrity culture is who manufactures the public persona. In the case of Miley Cyrus, that persona was created by a corporation and isn't really one that originates from her personality. I imagine the same thing that happened to Britney Spears happening to her eventually - that is, being unable to keep up the facade and maintain a personality that isn't really her own, and eventually succombing to the pressures of fame, the media, and what not.

When a public persona is created by the artist - to stick with musicians, Tom Waits or Bob Dylan come to mind - they seem to be much better at inhabiting that image, changing it, and hiding their private selves from the public eye. Subsequently, they're able to survive in public and in private without the issues we associate with someone like a Britney Spears.

Lindsay Lohan who is actually talented, led the way for Britney's fall.

How about Paris Hilton? her image machine, is like a rib on this culture. Talk about postmodernism.

I'm a fan of Showgirls.