Already Occupied by the Enemy

THE [PARIS] COMMUNE represents the only implementation of a revolutionary urbanism to date — attacking on the spot the petrified signs of the dominant organization of life, understanding social space in political terms, refusing to accept the innocence of any monument. Anyone who disparages this attack as some “lumpenproletarian nihilism,” some “irresponsibility of the pétroleuses,” should specify what he believes to be of positive value in the present society and worth preserving (it will turn out to be almost everything). “All space is already occupied by the enemy. . . . Authentic urbanism will appear when the absence of this occupation is created in certain zones. What we call construction starts there. It can be clarified by the positive void concept developed by modern physics.” (Basic Program of Unitary Urbanism, Internationale Situationniste #6.)

THE PARIS COMMUNE succumbed less to the force of arms than to the force of habit. The most scandalous practical example was the refusal to use the cannons to seize the French National Bank when money was so desperately needed. During the entire existence of the Commune the bank remained a Versaillese enclave in Paris, defended by nothing more than a few rifles and the mystique of property and theft. The other ideological habits proved in every respect equally disastrous (the resurrection of Jacobinism, the defeatist strategy of the barricades in memory of 1848, etc.). 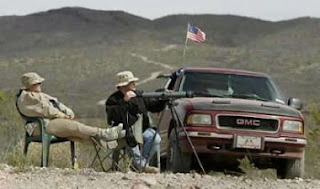 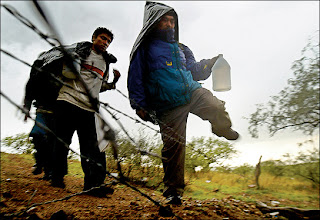 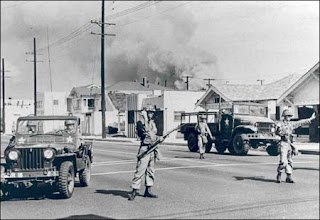 No doubt a lot of Minutemen and nativist nutjobs think that the occupying enemy are the illegal immigrants--i.e., the "issue" that seems to be the Republican hot topic for 2008 in the same way that terrorism and gay marriage were in 2004. It's not the Minutemen who have power, however--save for very localized situations when they are confronting illegal immigrants with guns. Our government could see out some simple, clear measures to help with the "problems."

I am surprised, however--because I had assumed there would be a modicum of decency ... somewhere on the playing field ... speaking out to the gringo citizens like me, for I'm sure I'm not the only one, who are not threatened by these people without papers who risk life & limb to survive and support their families, and in the process fuel a lot of our everyday economy. Chalk it up to a naive moment for me (because that's what it is), but I'm surprised, still, at how right-wing the entire immigration debate is proving to be for all involved on the political stage. I guess I just hadn't foreseen the power with which the politicians have molded and manipulated this issue.

Amnesty, education, health care for "illegal" immigrants who need it or want it--I'm for all of it.

And I do not think I am straying off-topic by posting about this on MLK Jr., Day. 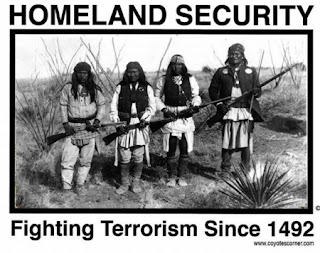