Notes on the Aesthetics of Sport 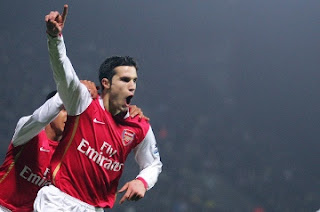 The greatest thing in group sports, to me, has to do with the simplicity and grace of lines and speed. There is something from a certain era of modernist (and also, sometimes, fascist) aesthetics which answers the same demands--beginning with Cézanne maybe, then Braque/Picasso, then the Italian Futurists, Léger, Russian Constructivists, Richter. Well, anyway, meld some of these with the more traditionalist line drawn between sports and Greek (Olympian) ideals, the grace of the body, the beauty of the strong and healthy body.


(If 300 were as "accurate" to its times--a lame defense I read in a few quarters--slinkily beautiful Lena Headey would actually have some meat on her bones, the curves and musculature of an adult woman and mother, no?)


What attracts me to soccer has to do with a certain kind of passing game--lines on the field. Aesthetically speaking, the field, in team sports, is one kind of frame or canvas, which is mediated in our age (sometimes) by the television screen, obviously. The organic runs of the players, the way the ball moves, the way these lines are drawn at varying speeds and the grace with which a body movement (flick of the ankle, the cheeky tap of the backheel, a sprinting perfectly-timed volley). During the World Cup when people always bemoan Germany and other Northern European teams for their "boring" longball traditions (somewhat forgotten for the Germans last summer when they proved uncharacteristically entertaining to any & all), but I think that there's something being missed even when the Germans (as in 2002's World Cup) prove to be no more than "mechanically efficient," no Ronaldo- and Ronaldinho-type pyrotechnics beyond the occasional clever throughball, just layers and layers of one- and two-touches; it's characterized as almost inhuman but I think it's very human when it's played at a high level; in terms of strategy & tactics it can be rhythmic and attacking (Wenger-era Arsenal) or defensive and tentative (the '02 German national team) but it's always about a team--a group--working together organically, knowing one another well enough so that each player is always in the right (if sometimes unexpected) spot for his teammates wherever that spot is. When Maradona or Messi cut through an entire defense on a run to goal, that's great, but what I watch the sport for, is an unanticipated string of passes and runs and (yes) footwork which culminate in a squad that acts almost like an organism whose movements I'm observing for the first time. To me the best goals are the ones that come very strong and fast on the end of a desperate run or a determined string of unselfish playing (videos of several of which are linked to below).

Arsenal flowing: some hits; even some misses (plus).


In other words, since I mentioned modernist art in the first paragraph, sport (specifically soccer, in my eyes) makes obvious a lot of the "human" content of modernism, human content that isn't predicated on (or justified by) self-expression but rather by the functionings of multiple agents ... Carry on ...
Posted by ZC at 7:48 AM

I think I've mentioned this here before, but the aesthetics of sport, as well as the temporal and spatial dissonance between the field and the television screen and the modes of athletic performance, are a key part of Matthew Barney's early work (extending up to Cremaster 3, although by that point it's been subjugated by quite a bit of other thematic material).

ah, yes, the all-encompassing "get real" argument, which in its brevity ineptly believes itself to successfully cover over its author's ignorance.

not so, anonymous, not so! return to your idiocy anon!

i agree wholeheartedly with this... i don't know how familiar you are with games but there is the Pro Evolution Soccer series (which is so faithful in graphics and gameplay to a real match that it is actually a simulation and not a game) of which i am very fond, that allows you to do exactly this, occasionally find a series of tight open spaces wherein you can advance/counterattack and finish splendidly (given the necesary amount of cool as it can get pretty fast)... and these goals send endorphin level sky high...

Orenda, glad you liked the links!

Noel, I don't know the video game. (I've just recently toyed with trying out a fantasy league, and that's as far as I've gone.) How easy is it to pick up those kinds of things? I'm a notoriously bad videogamer.

Quite worthwhile piece of writing, lots of thanks for the article.