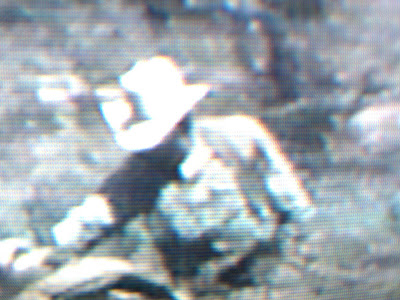 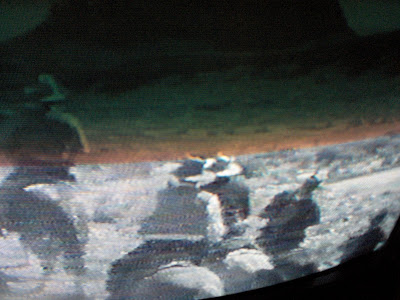 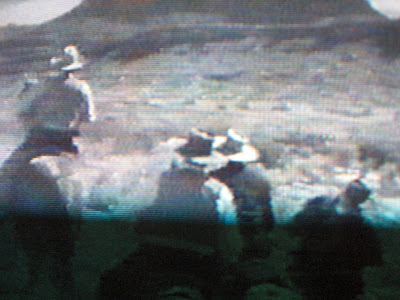 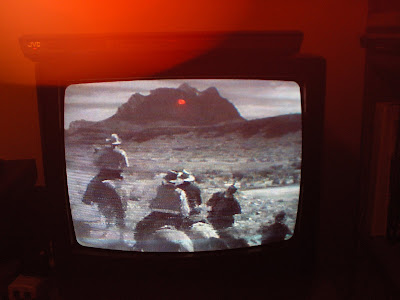 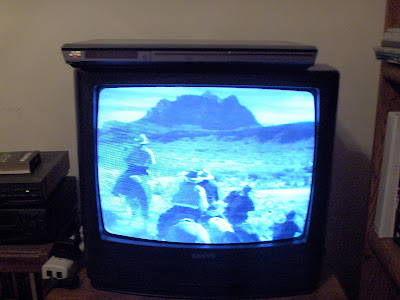 What are your thoughts on these frames, Zach? I'm not the keenest eye but if it hadn't been for your post title, I wouldn't have guessed the film, or De Toth.

No real thoughts, Jaime. I kind of wanted to take some pictures with my seldom-used digital camera, and I think Andy's done this for frame-captures on his blog. The vhs pixels take on a kind of intriguing light of their own, I think.

I wasn't necessarily trying to make the frames a comment on De Toth or the film; I have nothing to say about that. But I did like structure of the images, arbitrarily--one shot, then four shots of a different shot; a close up shot that takes up just part of the screen, then two shots that show all of the screen (alternating dark lines on top & bottom), then two more that show the television set itself (with dominant tones concerning whether or not I used the flash).

Really it was just an exercise.

I think Andy Rector's done this on his blog, I mean (not Andy Horbal, who's done his own cool frame things, such as that NCAA write-up).

I needed to see them a little differently; I can accept that. In that case, it's a successful exercise and bears repeating! :)